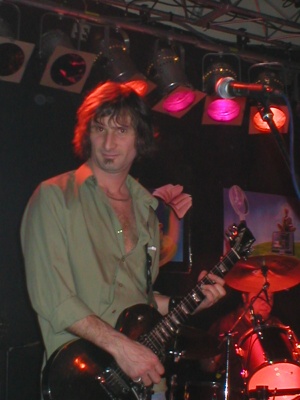 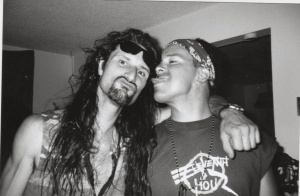 I first met Joe Leonowens during a week-long bender at the Inntowner in '92 or early '93. I was too young too get in the bar, but no one cared. A lot of drugs back then. A lot of strippers.

Some of my friends and I befriended Joe because he was new in town from Southern Ontario. He had just broken up with the band that he was touring with, and he was stuck in Thunder Bay with barely any money or anything. He was living, at a the time, with some stripper who he dramatically broke up with on his birthday in front of a large crowd.

After that, Joe lived at Funk 49 Clayte Street, which was a serious party/drug pit.

Joe loved coke. Joe loved strippers. Joe loved to party. Joe would ask your girlfriend if she wanted to bang while you were standing right there. Joe would steal your beer. Joe wasn't opposed to playing guitar in cover bands for money. He played in Eleventh Hour and a couple of other local cover bands. He apparently had a long history as a guitar player back "home" in Hamilton although no one ever really listened to Joe long enough to really find out which bands he was in. He mentioned playing at Rock n' Roll Heaven and other notable venues many times.

I looked up to Joe as a guitar player because he had a lot of skill on the axe.

Joe was a good guitar player. he was able to pick up music by ear very quickly.

Joe wrecked Thunder Bay for a good 6 or 7 years before he joined another band called QED and played many tours and a variety of small to very large shows everywhere from the Alaska to Toronto. He is now living the life of the obscenely rich and famous. I know you've never heard of him, but he is famous. In his own mind.